Men: it’s time to finally start looking for brains over beauty. When it comes to living longer, most of us tend to focus on eating well, exercising, and eating right.

Getting older is no picnic. Fortunately, choosing the right mate can help you enjoy your golden years.

This seems obvious, but a happy marriage does more than just provide companionship for a lifetime. It turns out there are health benefits associated not only with having a spouse to grow old with, but with choosing the right partner.

And the science says that the right partner for a man is a smart woman.

According to Lawrence Whalley, Prof. of mental health in the College of Medicine and Life Sciences at the University of Aberdeen, if a man wants to live a longer life, he should marry a smart woman. It can extend their life and reduce their risk of dementia.

In a 2016 talk called “Dementia: How Can We Protect Ourselves?”, Whalley listed several activities that researchers believe help keep the brain active and stave off dementia, including reading, exploring museums and solving puzzles. But it’s his comments on relationships that made the biggest splash with the news media.

“The thing a boy is never told he needs to do if he wants to live a longer life – but what he should do – is marry an intelligent woman. There is no better buffer (to dementia) than intelligence.”

Recent research has shown that men married to smart women live longer. The researchers at the University of Aberdeen analyzed the health of identical twins and concluded that having a smart wife could help decrease the likelihood of developing various degenerative diseases.

In other words, men that choose to marry intelligent women live longer as well as happier lives. What’s more, these men are also at a lower risk of developing multiple forms of dementia, including Alzheimer’s disease.

Previous studies have showed that intellectually challenging games like crossword puzzles could help protect against Alzheimer’s and dementia by stimulating the brain. Therefore, it’d make sense that a woman that engages as well as challenges the mental faculties of her husband could benefit him in the same way.

Interestingly, some men that were married to intelligent women showed physical signs of dementia in brain scans. However, they did not experience any symptoms of the disease. These men were determined to be fully functional as well as “highly intelligent.” 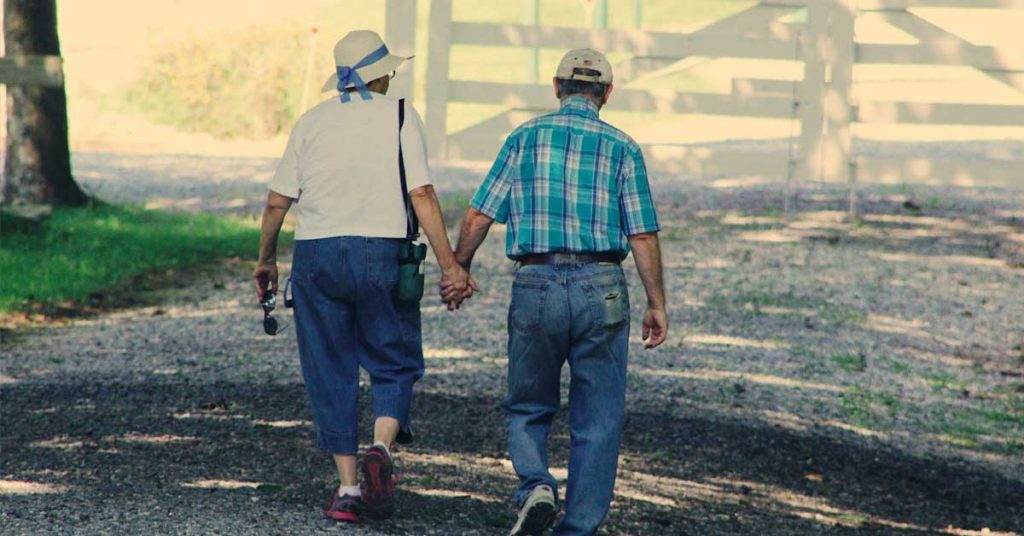 Of course, marrying someone solely based on their intelligence isn’t necessarily going to lead to a long, happy relationship.

Compatibility is important, as is the ability to handle challenges together and commit to a relationship for the long haul.

Still, Professor Whalley’s comments provide food for thought in a digital age where profile photos are everything. Making snap judgements based on physical traits may not be the best filter when it comes to choosing someone to go out with.

Likewise, marrying an intelligent wife or husband isn’t the only thing that will help stave off dementia. Whalley lists many other factors, including the following:

It would seem that the more of the items on this list that you can check off, the better your mental health will be later in life. In particular, there are many ways to achieve regular intellectual stimulation.

For example, solving puzzles is a common recommendation, but learning a new skill, traveling or even finding your way home from a new place without Google maps can provide challenging novelty.

Having an intelligent spouse makes it easier to get that daily dose of stimulation, since you have a built-in support system for great conversation and a willing partner to visit the symphony, art gallery or book club with.

The message here is not for men to run out and find a woman that’s highly intelligent. As most men prefer to have a mate, it may pay off if they look for someone with whom they can have a strong, healthy, intellectual bond, which can keep them alive for years to come.