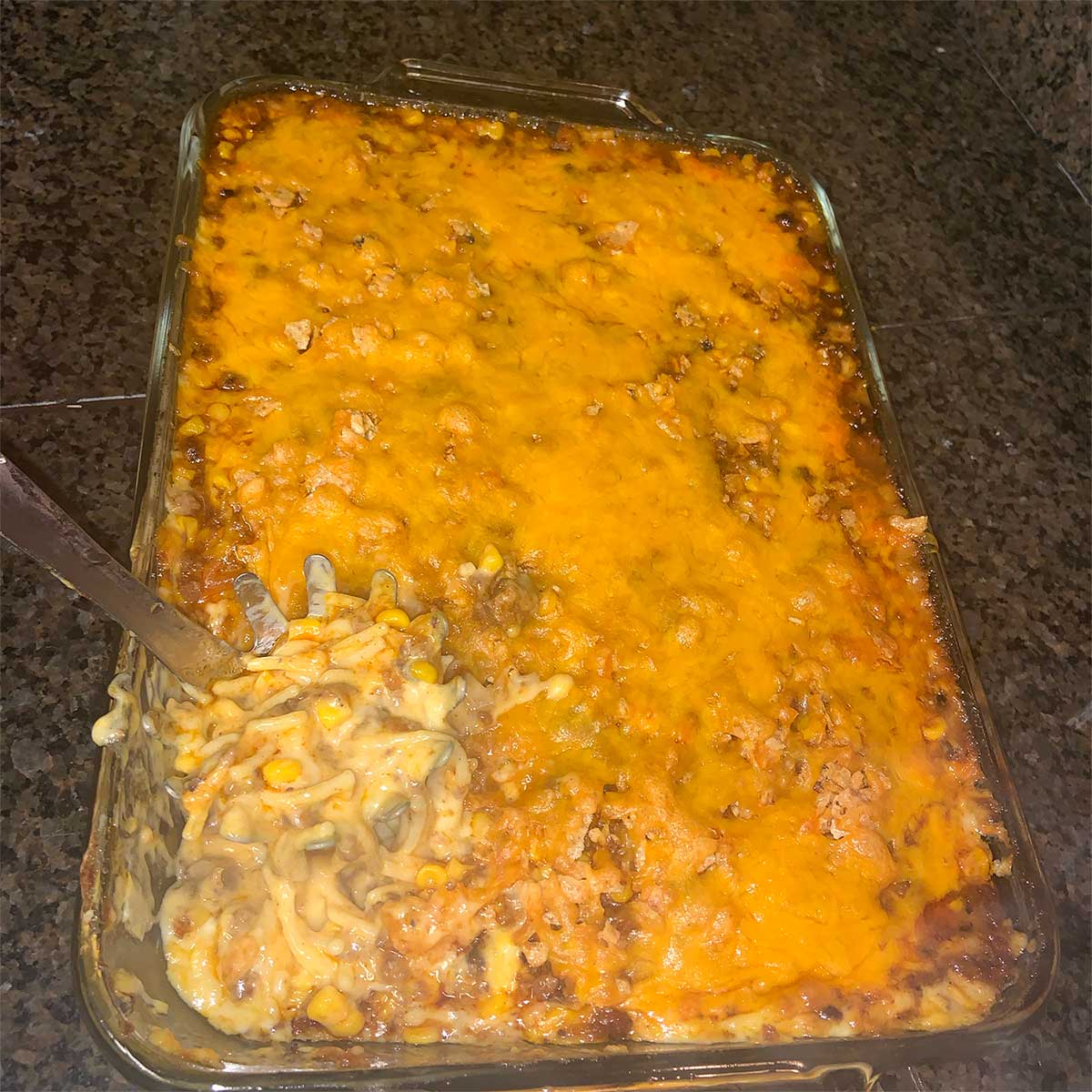 Bring a large pot of lightly salted water to a boil. Cook spaghetti in the boiling water, stirring occasionally, until cooked through but firm to the bite, about 12 minutes. Drain and transfer pasta to prepared baking dish.

Heat a large skillet over medium-high heat. Cook and stir beef in the hot skillet until browned and crumbly, 5 to 7 minutes; drain and discard grease. Stir in taco seasoning and water; simmer until thickened, about 5 minutes. Add corn and taco sauce; cook and stir until heated through, about 5 minutes more.

Bake in preheated oven until cheese is melted and bubbly, about 30 minutes. Allow to cool for 5 to 10 minutes before serving.