This heartwarming tale of a couple will astound a lot of skeptics who don’t believe in true love. What makes this couple special is that they both have Down Syndrome and who have overcome a lot of challenges and criticism.

When this special couple exchanged vows in 1995, a first of a kind, a lot of predictions were made saying that their marriage wouldn’t last. However, they have proved their naysayers wrong. 22 years later, Maryanne and Tommy Pilling are still going strong. 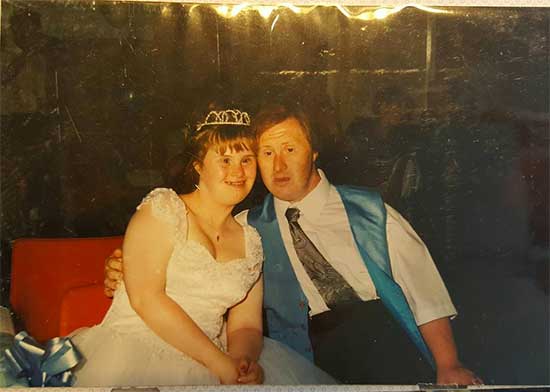 Tommy, 59, and Maryanne, 46, live next to Maryanne’s mother’s house in Essex. Maryanne’s sister, Linda and her family live just a few houses away. And they all say this: Maryanne and Tom truly love each other unconditionally. A Facebook account that was started by Linda follows the couple’s romance has got thousands of followers.

The couple had met at a local training center for people with learning difficulties. Their innocent love bloomed when they began dating. And just after 18 months of seeing each other, Tommy knew that Maryanne was ‘the one’ and asked her to marry him.

Maryanne could not reject the sweet proposal and accepted the toy ring that Tommy had bought from a vending machine. But being a thorough gentleman, Tommy first sought the permission from Maryanne’s mother to marry her daughter.

Though Maryanne’s mother gave her blessings, many other people did not approve of the marriage at all. Speaking to People, Linda Newman, Maryanne’s sister, said that her mother was criticized for supporting the marriage and helping the couple. She also added that the couple “love one another dearly, respect one another and are completely honest.”

However, given the soaring divorce rates all around, Maryanne and Tommy’s story really represents the strength of their love, which has withstood the test of time amidst the criticism they received.

It was the July of 1995 that saw two amazing people coming together in a beautiful church ceremony with their loved ones all around them. Talking to the New York Post, Linda recalls how Maryanne’s mother had taken him to a jewelry shop to get a “proper ring”. Linda also says that Maryanne had dreamed of a big white wedding ever since she was a little girl. 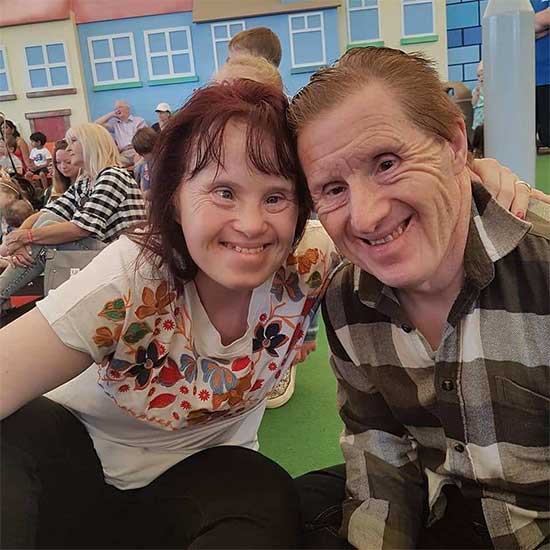 The couple live independently with their families close to them to help out if ever the need arises. Maryanne said, “My wedding was the best day of my life. I was shocked when Tommy proposed but I didn’t have to think twice about saying yes,” adding that, “Tommy and I never argue. I love my husband very much. He is my best friend.”