Green bean casserole seems to be one of those dishes that you either had every single Thanksgiving (and maybe Christmas) or you never had it all.  It also seems like people either love it or hate it.

I always enjoyed it growing up but I think I mostly liked the topping.  The year that I found out there was Cream of Mushroom soup in it, I pretty much refused to eat because I hated mushrooms with a type of passion that only a ten-year-old girl could have. 😉

I’ve definitely come to love mushrooms in the more recent years and I’ve also learned how to make this casserole without any Cream of Whatever soups.  This recipe is creamy, savory, crispy, and full of fresh mushrooms and green beans.  It also comes together quickly with a little help from store-bought fried onions.  One of these years I’m going to fry my own shallots.  This wasn’t that year, though. 😉 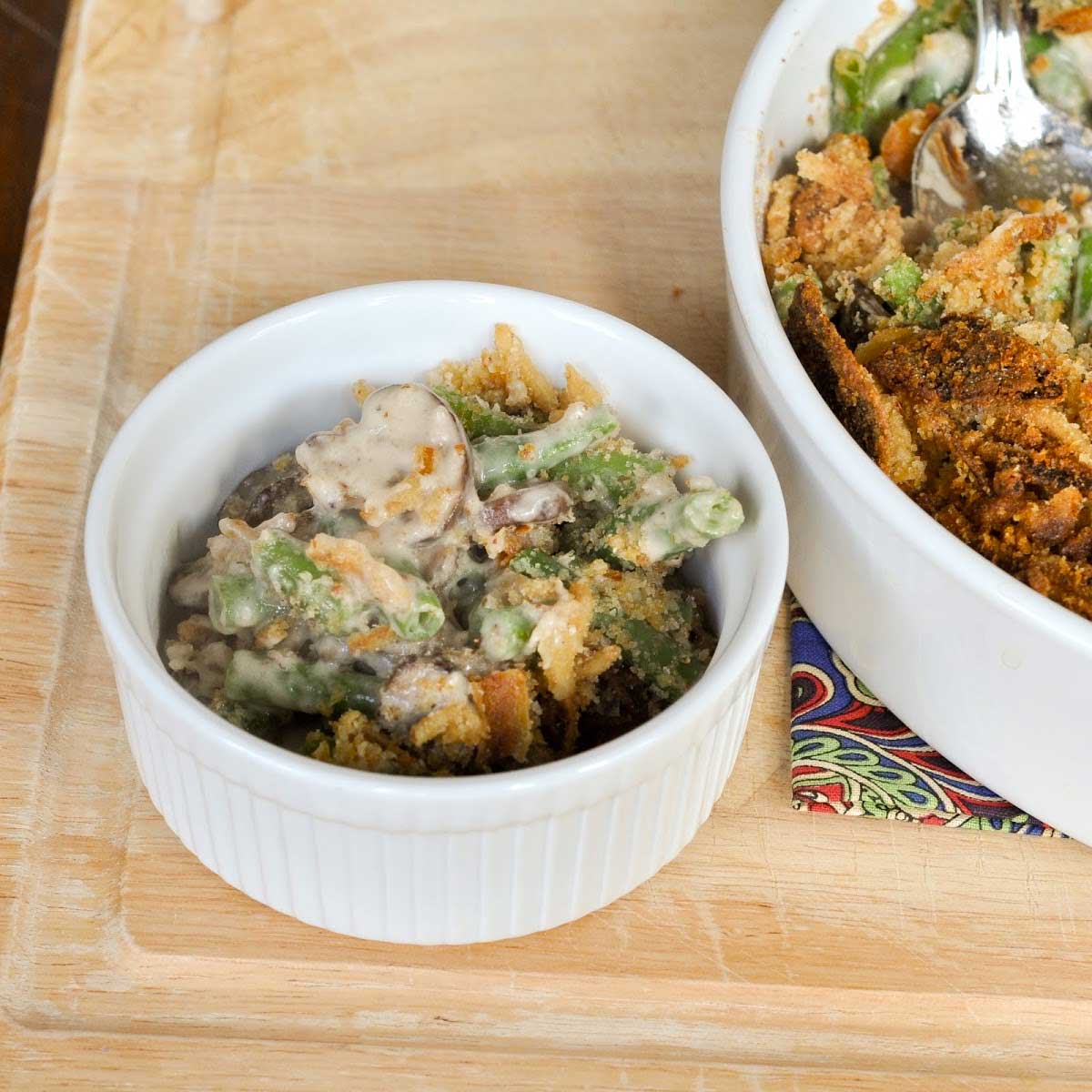 For the Beans and Sauce:

1. In a small bowl, combine the breadcrumbs, butter, and fried onions. Salt and pepper to taste; set aside.

2. preheat oven to 425ºF. In a large, deep skillet, add 2 tablespoons of salt and beans, cover with water. Bring to a boil over medium-high and cook for about 6 minutes, until the beans are bright green and crisp-tender. Drain the beans and run them under cold water to stop the cooking. Drain again and set aside.

3. Return skillet to medium heat and melt the butter. Add mushrooms and cook for about 6 minutes then add the garlic. Once the mushrooms have released their moisture and it has evaporated, season with salt and pepper.

4. Stir in the flour and continuing cooking and stirring for 1 minute. Whisk in 1 cup of broth and bring to a simmer. Remove pan from the heat and add in the cream. The sauce should be thick but pourable. Return to the heat to reduce if necessary or add more broth if it is too thick. Once the desired consistency has been reached, stir in the beans. Taste and season with salt and pepper.

5. Pour mixture into a 9×13-inch baking dish. Spread the topping over the beans and bake for about 15 minutes, until the sauce is bubbling and the topping is golden brown. Serve immediately.