There’s a ton of “helpful” advice floating around the internet, but when the tips come from a neuroscientist, it might be time to actually listen up. Ladders, a job platform site, put together some insights from neuroscientist Alex Korb’s book The Upward Spiral on how you can be happier — based on brain research.

If you’re feeling a negative emotion like sadness or anger, label that emotion. It may seem simple, but your brain responds when you put your feelings into words. One fMRI study cited in the book noted that when a participant was shown images of people expressing emotions on their faces, their amygdala activated to the emotions they were seeing. When they were told to name the emotion, “the ventrolateral prefrontal cortex activated and reduced the emotional amygdala reactivity.” This essentially means that when participants consciously recognized the emotions they were seeing, it reduced the impact of those emotions in their brains. 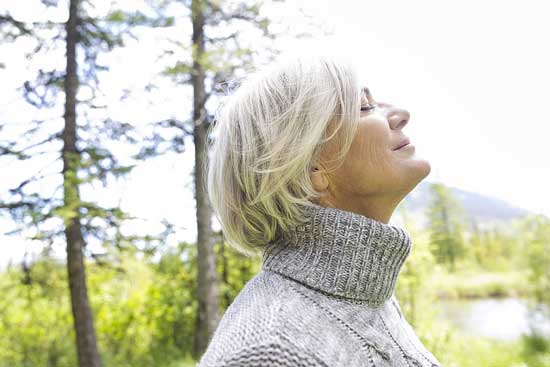 2. Ask yourself what you’re grateful for.

In The Upwared Spiral, Korb says that the benefits of gratitude “start with the dopamine system, because feeling grateful activates the brain stem region that produces dopamine. Additionally, gratitude toward others increases activity in social dopamine circuits, which makes social interactions more enjoyable.” Gratitude can also boost the neurotransmitter serotonin, which is what many antidepressants do. And as The Ladder points out, even if you don’t have an answer to the question “what am I grateful for?”, that’s OK. “It’s not finding gratitude that matters most; it’s remembering to look in the first place,” the book says. “Remembering to be grateful is a form of emotional intelligence.” The studies showed that as emotional intelligence increases, the neurons in these areas become more efficient. So even if you have trouble finding something to be grateful for, merely asking yourself the question means you’re on the right path to happiness.

“Address the possibility of a blind spot in your mind where you aren’t able to instantly know what you take for granted. Spend time simply observing the things you don’t have to overcome, all the conveniences and luxuries,” says Reddit user Privatdozent. “This ‘positive feedback loop’ has to loop around many times to have a solid effect. The common criticism of this idea is that ‘No one else’s struggles diminish your own.’ Well, yeah, they don’t. But what if you take seriously much more of the struggles than the things deserving of your gratitude? Basically, try to give equal weight to the good things that happen as to the bad.” 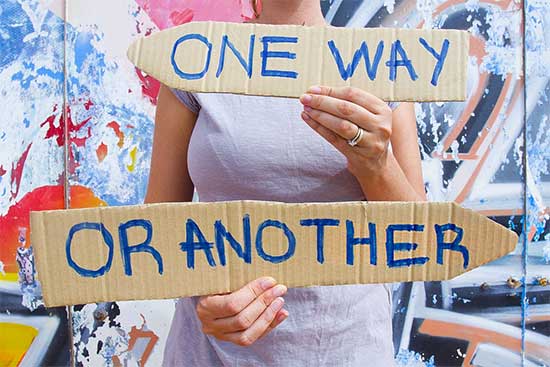 There’s nothing more anxiety-inducing than feeling like you’ve got unfinished business. Simply making a decision about something can reduce anxiety rather than allowing yourself to spend more time hesitating over all of the scenarios and outcomes that the decision will result in. “Making decisions includes creating intentions and setting goals — all three are part of the same neural circuitry and engage the prefrontal cortex in a positive way, reducing worry and anxiety,” says Korb. Making decisions also allows people to feel more in control — feeling “out of control” can also cause feelings of worry. And when you do make a decision and the outcome of that decision happens to be a positive one, then even better!

“There’s a book that’s really helped me, called Getting Things Done,” says Reddit user Kabitu. “It explains how indecision is a major source of mental stress. When you don’t want to make a decision now, and leave the decision to be made later, that builds up a big cloud of annoying mental work you don’t want to do, and it can sustain a subconscious reluctance to work.” 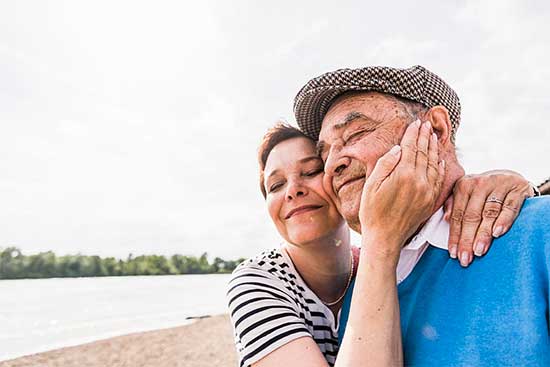 4. Hug and touch loved ones and friends.

Social interactions have been proven to increase a person’s feelings of acceptance and therefore happiness, but The Upward Spiral takes it a bit further. “One of the primary ways to release oxytocin is through touching,” the book says. Oxytocin is a hormone that acts as a neurotransmitter to the brain. Psycholology Today says that it’s known as the “love hormone” because it “regulates social interaction and sexual reproduction, playing a role in behaviors from maternal-infant bonding and milk release to empathy, generosity, and orgasm.” So when people touch, hug, or kiss others, oxytocin levels actually increase. “Oxytocin is the hormone that underlies trust. It is also an antidote to depressive feelings,” says the site. According to Korb, holding hands with someone during a painful experience can comfort you and your brain and help reduce the reaction to pain. So, more hugs!