Science indicates that mosquitoes are, in fact, picky! But why? Let’s have a little science fun and find out.

Mosquitoes are the most annoying organisms on planet Earth. Unlike virtually every other flying bug at least as large as a mosquito, these blood-sucking uglies typically go undetected by humans upon landing on our skin. They must use black magic or something to sneak around like that.

After mosquitoes inject their long, needle-like noses into human hosts and successfully register blood once they’re inside a vein, they cause bitten areas to swell, turn red, flush with color, itch – we all agree that’s the most annoying parts about mosquitoes – even spread terrible diseases like Zika and the West Nile virus.

Enough with the explanations – have you ever noticed that some people seem to get attacked less frequently by mosquitoes than others? If so, it wasn’t just your mind playing tricks on you – the proverbial grass of getting attacked by mosquitoes really was greener on the other side.

But why do mosquitoes seem to discriminate against certain people and swarm others? Let’s learn about the science behind why mosquitoes like to drink some people’s blood better than others and if there’s anything – anything at all – that people can do to make themselves less attractive to mosquitoes.

These tiny pests are drawn to carbon dioxide.

That’s right – mosquitoes love carbon dioxide. The basic compound doesn’t inherently provide benefit these black-and-white pests; mosquitoes do, however, test concentrations of carbon dioxide floating out and about as a means of locating potential hosts.

People who have higher outputs of spent air when they breathe – such higher outputs can be achieved by breathing more deeply or by exhausting more individual breaths than others – are unarguably more likely to attract more mosquitoes than their less-breathy counterparts.

Peer-reviewed academic studies have found that greater accumulations of sweat on people’s skin attract mosquitos more reliably than people who have bathed more recently, therefore having less accumulated sweat on their skin.

You should know that lactic acid – it’s an ingredient in human sweat – is one of the mosquitoes’ favorite compounds to chase after.

Alcohol is one of the most commonly-used psychoactive drugs by mankind; research shows that our pesky, high-pitched insect friends like alcohol, too!

If you’ve ever drunk alcohol or been around one or more drinkers, you know all too well how noticeable the smell is on people’s skin, breath, and bodies. Mosquitoes can more easily detect ethanol – the chemical name for drinking alcohol – that is spread by people’s breathing.

As such, people who have consumed an alcoholic drink more recently than others will often face more mosquitoes.

Just like vampires, mosquitoes are picky about what blood type they consume 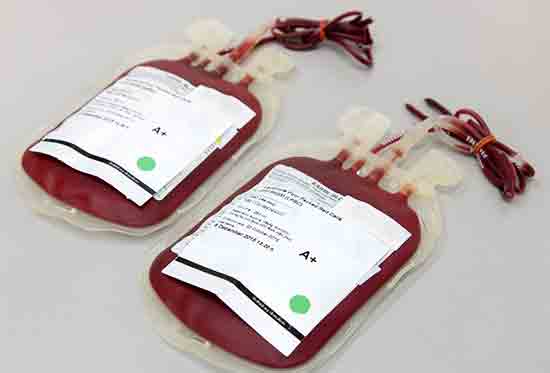 Although mosquitoes will ultimately consume any and all types of blood, they prefer the rare Type O. People who have Type A blood are also more likely to attract mosquitoes than others without the blood type, though not as frequently as their Type-O-holding counterparts.

Scientists haven’t been able to determine all types of bacteria that mosquitoes are infatuated with, though Staphylococcus bacteria is a favorite.

You know that one person who always seems to get bitten more often by mosquitoes? Make sure they see this.

Our content is created to the best of our knowledge, yet it is of general nature and cannot in any way substitute an individual consultation with your doctor. Your health is important to us!